Visible from the road. 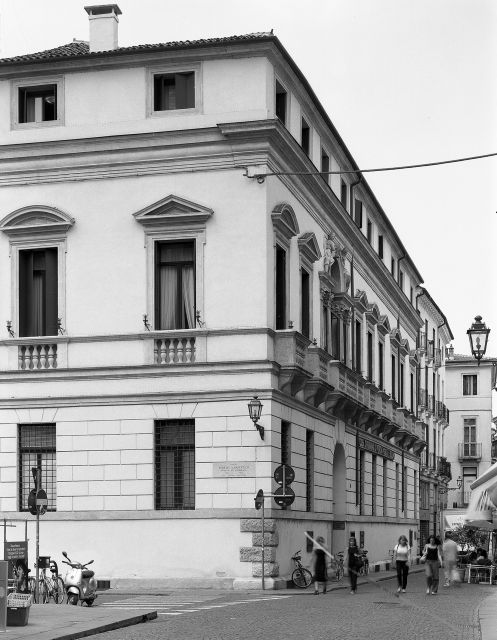 In the 1570’s Palladio had built various grandiose dwellings in the city of Vicenza. One of these, the palazzo Valmarana, can be seen from Scamozzi’s own palazzo Trissino (the house of Pier Francesco), which could not have been more different. Vincenzo did not use columns in the façade of Palazzo Trissino but created a modest building with the main plan dominated by a central serlian arch and two entrances on the two sides. The plan was ductile enough to allow for the addition (extending northwards) of four bays in the seventeenth century, a modification which is not particularly evident.