The interior houses the Museo Correr. 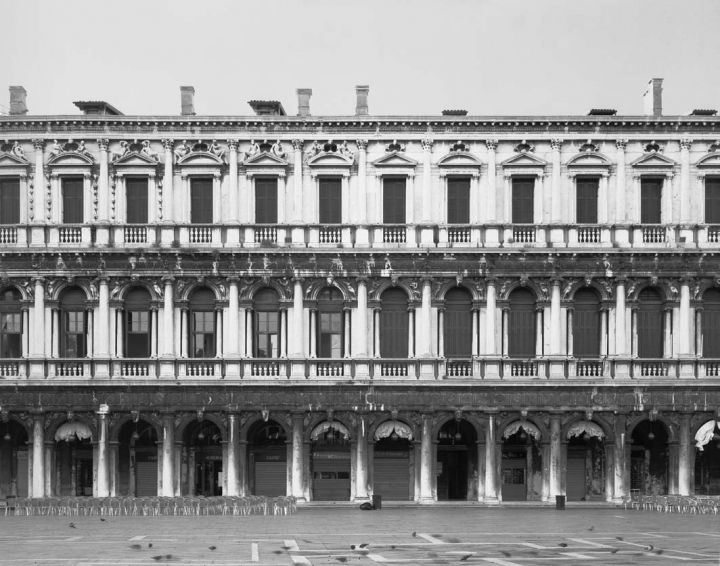 In April 1582, Scamozzi’s plans for a group of buildings in St.Mark’s Square destined for use by the Procurators of the Republic were accepted by the Venetian authorities. Built around a series of courtyards, the buildings are a reinterpretation of an ancient style of construction featuring a prolonged double structure. The organization of space is quite sophisticated with each apartment divided into two areas (one facing the square itself and the other facing the rio), separated by square-shaped courtyards but connected by loggias where the staircases are located. The architecture of the courtyards represents one of the best results ever obtained by Scamozzi. It should be mentioned however that the magnificence of the design was also a weakness insofar as it slowed its execution. After the death of Marcantonio Barbaro in 1596 there was indeed a clamorous proposal that the designs should be modified. This never occurred, but critical opinion and disapproval resulted in Scamozzi’s being dismissed as director of the works. The original designs were faithfully adhered to but only as far as the third archway. The work was completed by Longhena in the middle of the following century.