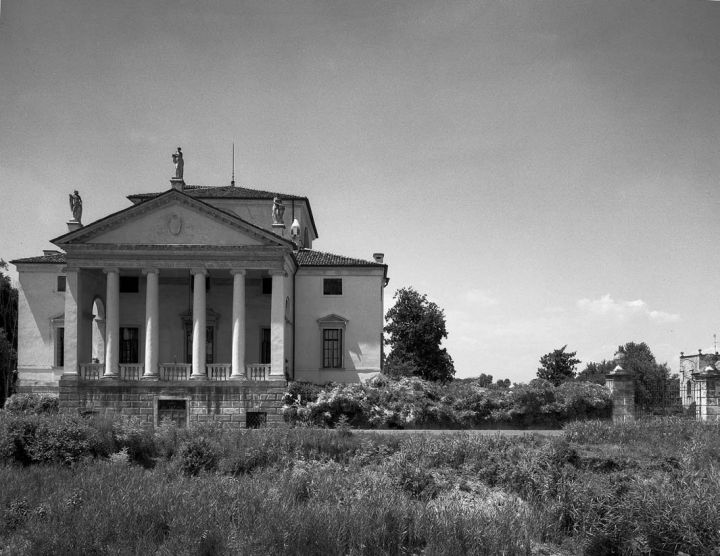 The planimetry of the villa presents extraordinary geometrical coherence based on a square layout determining the form of both the villa and of the central hall. The structure of the volumes is particularly clear and distinct, and is articulated in the main block and in the covering emerging from the central hall and the loggia over the river. The loggia is an open hall: a sort of belvedere from which one can admire the scene outside the building, but without a stairway.  The central hall is majestic and features two superimposed cubes: a sort of external courtyard illuminated from above, not only by an oculus but by four thermal windows. The ground floor is a complete architectural ‘body’ in itself, articulated around a vast square-shaped hall with a masterfully designed lowered vault.