Scamozzi only designed the portal. 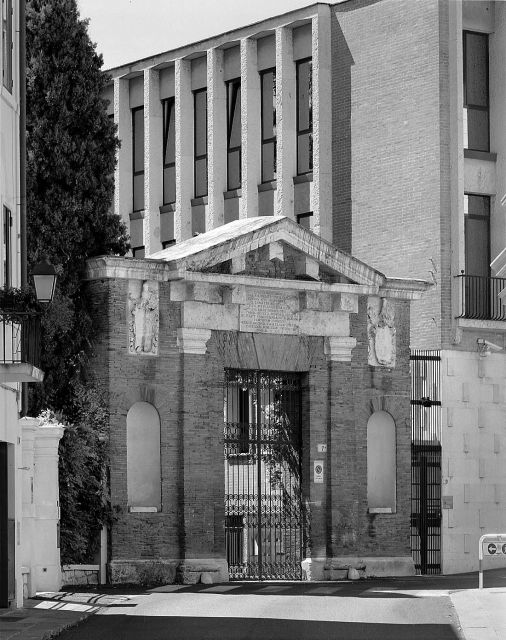 The portal was the main entrance to the extraordinary Valmarana garden, which, with its citron, orange and lemon trees, its aviaries containing rare birds, its labyrinth and circular temple of eight columns probably designed by Palladio, delighted the English travel writer Thomas Coryat during his visit to Vicenza in the early seventeenth century. The portal is built with special, small bricks reminiscent of the Roman practice and reveals considerable inventive freedom in the design of the columns, with solid blocks of stone which support the tympanum. Above the niches, two coats of arms of the Valmarana family and in the centre an inscription welcomes visitors in the name of Count Leonardo Valmarana, "hortorum dominus", the lord of the gardens.