The James Ackerman Award in the history of architecture 2006-2012 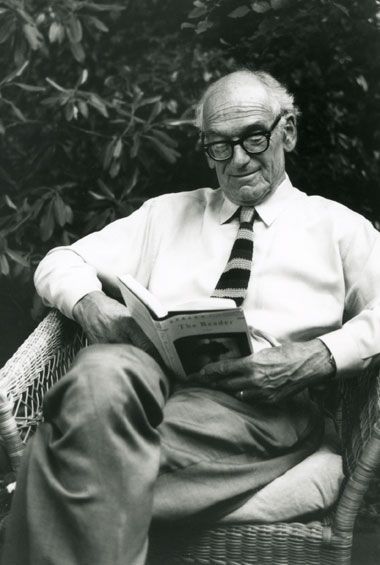 James Sloss Ackerman is the doyen of the international community of architectural historians studying the epoch of the Renaissance. He is one of the scholars who created modern architectural history based on a systematic approach to the critical examination of all the written and visual sources. His ability to use scholarship, keen observation and responsiveness to architecture to present great architects of the past as immediate, almost contemporary figures, who are constantly present in our culture, is perhaps the greatest of Ackerman’s achievements. His work has had considerable influence on both architectural historians and practical architects.

Ackerman’s first major work, The Cortile del Belvedere, which was published in 1954, deals with the question of style, significance and the relation to the antique. It became a model for monographs on individual buildings, above all in the Renaissance and Baroque periods, critically examining all the written and visual sources and arriving at a plausible reconstruction of the original architect’s intentions.

A major phase of Ackerman’s work was dedicated to Michelangelo and culminated in the outstanding monograph The Architecture of Michelangelo, which appeared in English in 1961 and was later published in Italian, Spanish, French, Japanese and German.

This book focuses on the relation between the ideas of Michelangelo about architecture and his built works, provides lucid analysis of the works themselves and the preliminary drawings for them and stresses the physical and mental contexts in which they had to be created. After writing on Michelangelo, Ackerman turned to Palladio, discussing him as an architect and as an intellectual, in his brilliant book Palladio, published in 1966. This is still considered the best introduction to Palladio and is available not only in English, but also in Italian, Spanish, French, Japanese and German. The influence of this book has been immense, particularly in its innovative approach to patronage and the role of clients in the creation of the cultural meaning of architecture, especially of the villas.

Ackerman published his scholarly catalogue Palladio’s Villas in 1967 and developed this sphere of research up to 1990, when his book The Villa: Form and Ideology of Country Houses appeared. This time he put the villa in broad historical perspective, from Antiquity to the Enlightenment. In recent years Italian, French and Spanish translations of this fundamental work have appeared.

James Ackerman is a very productive and original scholar, a skilful writer on architecture and a teacher who has guided many of the leading scholars in their first steps. He continues to give fruitful ideas to the development of the architectural history in America and in Europe. His work has constantly grown and developed taking account of changes in other disciplines, and in the world. It has always been inspired by a sense of the cultural role and responsibility of the architectural historian.