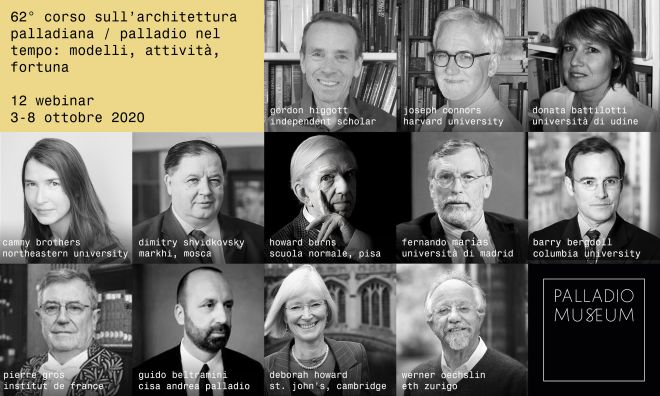 Twice a day for six days, twelve of the world’s leading experts on the history of architecture will explore one aspect of Palladio and of the reception of his work.

This is a special edition of the renowned Palladian course, initiated by Rudolf Wittkower, Ernesto Rogers and Bruno Zevi in Vicenza in summer 1959 and held every year since then. The course is usually attended by scholars and architects from Europe, and North and South America. This year you can take the course online from the comfort of your own home.

The total cost is €390 (including VAT). The lectures can be followed live or any time over the following thirty days.

Scholars under 40 with a master’s or specialist degree obtained from 2010 onwards can apply for a scholarship by filling in the appropriate section of the application form.